Waves originate from swells that form offshore, how those waves ultimately break and the quality of conditions are determined by a variety of factors.

One of the major defining factors for different surf breaks around the world is the bathymetry, or the depths and topography, of the seafloor.

How do Waves Form?

Waves begin to break as their energy moves from deeper water to shallower water – the depths and shapes of the bottom heavily influence the breaking wave’s power, shape, and direction.

Surf breaks can be classified into a few different categories:

Beach breaks are waves that break over a sandy bottom. Sand on the seafloor shifts with day-to-day motion of the waves and larger storms – this shift will build, break, and move sandbars along the beach and influence how and where the waves will break.

Size, shape, power, and quality of beach breaks will vary depending on what the sand is doing on the bottom and the angle of the seafloor.

Reef breaks are often characterized by a coral or rocky reef bottom surrounded by deeper water. As a swell moves from deeper water over the shallow reef, it breaks in a predictable pattern with clearly defined peaks and take-off points.

Reef breaks are often surrounded by deeper channels that make for an easy paddle out.

Point breaks are waves that break off a headland that sticks out into the water creating a “point.”

The headland juts out towards the sea and interrupts the swell energy coming towards it. This forces the wave to break in a direction away from the point.

Point breaks can break over any type of seafloor, but are typically characterized by the length of ride and quality of wave.

Rivermouths are similar to beach breaks, but typically with more consistency. Sand from the river get deposited and positioned where the river meets the ocean and forms a sandbar.

Waves break over this sandbar, that continued to get replenished and shaped by the river.

You can think of jetties and piers similar to point breaks. In these cases, man-made objects jut out towards the ocean and refract the energy of the waves.

Waves will break off of the object in a somewhat predictable and consistent direction.

Slabs describe waves that break in water that changes drastically from very deep to very shallow.

Whereas most waves are the result of the swell losing energy and slowing as it approaches shore and breaks over itself, slabs feature the entire wave’s energy folding over itself suddenly and violently.

Slab waves are extremely fast and powerful, and typically require a jetski to tow-in the surfer. They’re thick, heavy, and often feature a number of boils, drops, and reforms as they blast over the shallow reef.

Depending on the current conditions including tides, winds, and swell along with what’s going on on the bottom of the seafloor, you can find various types of waves at each different break depending on the day.

In general, surfable waves will range from mushy or crumbly to plunging, and will often fall on some sort of spectrum.

Spilling waves can occur when the sea bottom is more gradual, the swell is weak, or the tide is too high. These waves sort of crumble on themselves and break slowly.

Plunging waves occur when a swell moves from deep to shallow water – like a sandbar or reef. These waves break top to bottom and can feature steeper walls, faster sections, and barrels.

Some other types of waves include:

When talking about surf height and the height of waves for surfing, many forecasting services and surfers rely on describing the waves in relation to an averaged sized surfer. Many of the scales used that the surfer is slightly crouched.

Most wave height scales break down something like this:

Swell height is different than wave height. Swell height is typically a bit smaller than the resulting waves (depending on swell period), and measures the size of the ocean waves from crest to trough.

The height of the wave breaking in a specific location is affected by:

At the same spot on a different day you can find vastly different waves and conditions. Certain swells may reveal outer breaks that might not work when the surf is smaller. Certain swell and sandbars will closeout, while other will peak and break cleanly.

Set waves describe the larger than average waves of a given swell. As a swell travels through the ocean, certain waves are going to be anywhere from 1-2 times larger than most of the waves in the swell.

Sometimes set waves will arrive is groups, other times you’ll see a lone set wave, sometimes described as “the wave of the day.“ 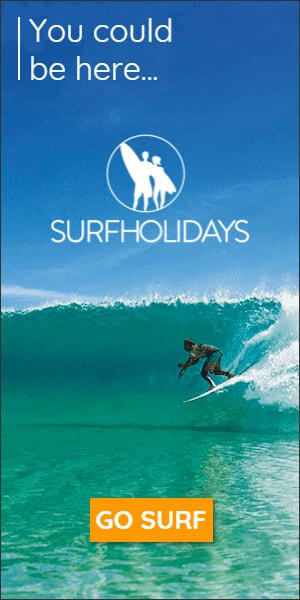 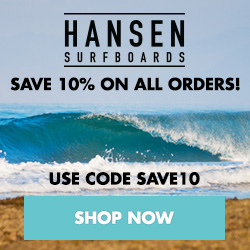