Big wave surfing is a class of its own. Consequences are high, risk is huge, and the reward is something else entirely.

Big wave surfing can be classified as either tow-in or paddle surfing waves that are 20 feet and larger.

Where are the Biggest Waves in the World?

Big waves typically occur when the ocean floor moves from very deep to very shallow. For many big waves around the world, you’ll find the breaking over shallow reefs, banks, and rocks and near deep water canyons or open ocean.

Cortes Bank breaks about 100 miles offshore of Southern California (roughly 110 miles west of Point Loma in San Diego. The wave breaks on a small, shallow seamount bank that’s considered to be part of the Channel Islands. Swells moves from very deep, open ocean to the shallow peaks of the bank to create giant surf. The biggest waves surfed there range from 70 to 90 feet.

Ghost Trees is a tow-in big wave surf spot that breaks over large rocks and boulders just offshore of Pebble Beach. Waves can reach upwards of 50 to 60+ feet. The giant wave boils and ledges as it passes over the large, shallow boulders.

Waves at Jaws can exceed 60 feet. Both tow-in and paddle-in big wave surfing happen here. Jaws is known as one of the cleaner big wave spots, but that doesn’t make it any less challenging or dangerous.

Mavericks features up to 60 foot waves breaking over a jagged, rocky reef surrounded by deeper channels that focus the swell’s energy. In 1975, 17-year old Half Moon Bay local, Jeff Clark became the first person to surf big Mavericks. It wasn’t until the ’90s when the big wave spot started gaining wider recognition.

Mullaghmore Head features giant, 50ft+ left hand barrels that break over a shallow reef. It requires a big swell and a high tide to be surfable, and is primarily a tow-in spot.

Nazara Canyon creates the giant waves that break in front of the lighthouse in Nazare. Waves can reach up to 80 to 100 feet. Some of the biggest waves ever surfed have happened here. Tow-in surfing is the only option.

Shipsterns is considered one of the most dangerous big waves in the world – the wave reforms and breaks in steps and drops – making it extremely challenging to surf.

Teahupoo is one of the heaviest, but most perfect waves in the world. As swell moves from deep water to the shallow reef, the thick lip quickly and violently heaves over itself. Waves can reach up to 20+ feet.

Waimea Bay is considered to be the birth place of big wave surfing. With huge, 30ft+ waves breaking close to shore, it’s where the limits of the sport were first tested in the ’50s. 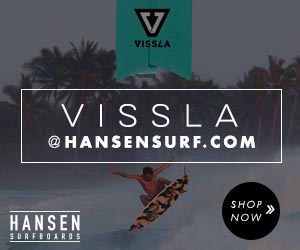