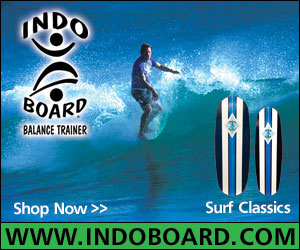 If you’re new to fin experimentation, a single fin surfboard is an excellent testing ground. Not only does it add an entirely new challenge and style to your quiver, it serves as a look back to the surfboard and fin evolution.

With a single fin, you’ve got so many options when it comes to fin shape, material, and positioning within the fin box itself. If you’re really looking to understand the effects of a surfboard fin and add some versatility to your quiver, a single fin is a good choice.

But, if you’re used to riding thrusters and quads, the adjustment to a single fin can feel pretty weird.

Are Single Fins Hard to Ride?

If you expect to ride your single fin like you do your thruster or quad, then yes, you’re going to have a hard time.

Over-maneuvering a single fin will usually result in you falling on your face.

Single fin surfboards require a smoother surfing style that takes advantage of the wave itself rather than the pumping and carving power of the surfer.

With a single fin, you’ll need to plan your turns and lines with the shape and motion of the wave.

The single fin allows you to do long, sweeping carves when you’ve got an open face to work with, but you’re also able to pick up some speed in the trim position down the line. That said, depending on the shape of the board you’re riding, you can still get pretty radical and do some pretty sweet power turns on a single fin.

You’ll need to keep in the power zone of the wave to build speed as getting too far ahead or behind it will bog you down. Single fins are fast in a straight line and it can be easy to outrun a wave sometimes.

Once you’ve got the hang of it, try experimenting with different single fin positions and setups. You’ll find certain fins cater to certain styles of surfing and certain waves better than others. There’s something really interesting about being able to move your fin forwards or backwards just a little bit and noticing a difference in how the board handles.

Single fins can really help you get to experiment, refine, and define your own surfing style.

Looking for the best fins for your single fin surfboard? Check out our recommendations.