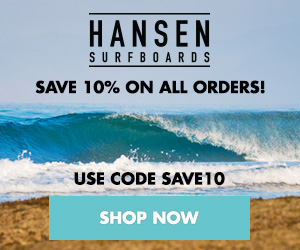 If you’re buying anything other than a single fin surfboard off the rack, you’re typically going to have two main choices for your fin system: FCS or Futures.

Not all fins fit all surfboards.

So, the questions remain – how are they different and which is better?

What is the Difference Between FCS and Futures Fins?

The major differences between FCS and Futures Fins systems is their base types, connection methods, and fin cant.

Both systems are pre-glass installations, which means the fin box goes directly into the foam and gets glassed over.

FCS, which can be broken down into their original FCS Fusion system and FCS II, feature dual tabs at the base of the fins.

FCS Fusion fins are secured in place with two hex-head grub screws that are secured with an allen key.

FCS II fins are a tool-free system that snap into place with a spring and bearing mechanism. FCS II boxes are backwards compatible and can accept FCS Fusion fins by added two screws.

Futures Fins are a single tab system. Fins are secured in place with a notch and single grub screw that gets tightened with the same-size allen key as FCS.

The other major difference is how cant is built into the fins.

For both types of FCS fin systems, fin cant is built into the box itself.

For Futures Fins, cant is built into the fin.

Find what you need before your next surf!

Which Fin System is Better: FCS or Futures?

Both systems have a large selection of fins – both OEM and from other fin companies (Wave Arcade included).

A lot of people will argue about the base/tab strength of each system, but the bottom line is this: any time your board or fins impact something – your body, the sand, a reef, your trunk – you risk doing some damage.

Check out our recommendations for some of the best Futures & FCS thruster sets and quad sets.