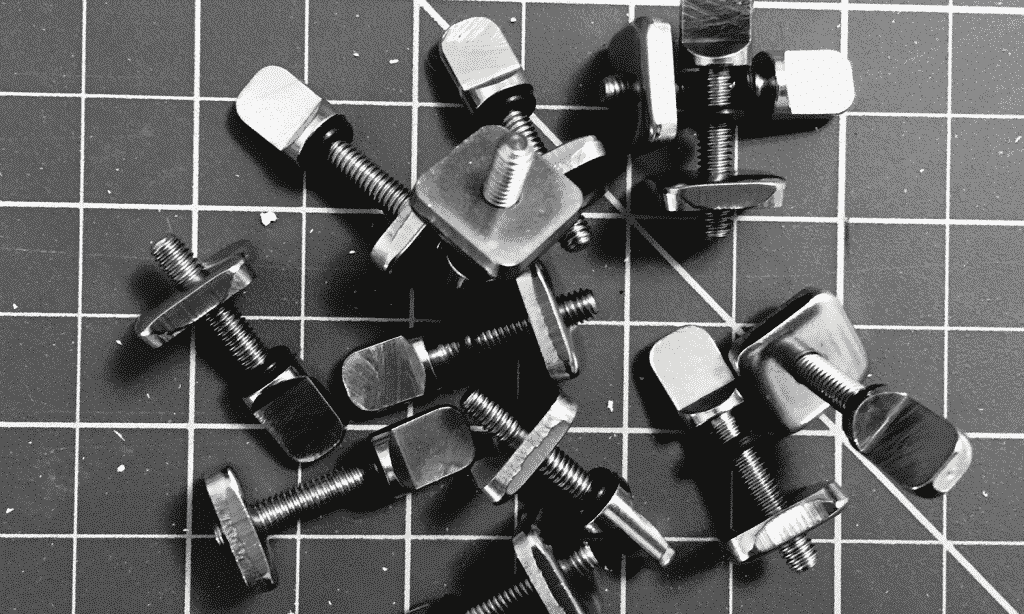 I’ll admit, I was a bit skeptical of the no-tool thumb screws and plates for single fins at first. I’m not sure exactly why, but I was.

I’m talking about the little thumb screws and plates that you’ll see for a few bucks on Amazon or online surf shops.

(Here’s a quick tip: instead of buying those marked up packs of single fin thumb screws on Amazon, order a Wave Arcade single fin and I’ll throw one in for free).

However, being someone who tests a lot of different fins, I was looking for a simple solution for adjusting my fin in the water and swapping fins in general.

I tried to do some research before buying a few to test and here’s what I found out:

I decided to buy an over-priced pack on Amazon to see for myself.

When they came, they were indeed smaller than your standard flat-head fin screws. The plate was smaller too – instead of the standard rectangular shape, these were square and slightly smaller.

Despite the size differences, the plate fit into the fin box slot just fine. The screw fit the fin’s screw hole with no problem and was the right length for the plate.

It tightened down to my satisfaction, and stayed fine for a few initial waves. Mid-session, I flipped my board, loosened the thumb screw a bit and moved my fin to a new position. No issues whatsoever.

I was pretty happy with how these single fin thumb screws worked.

In the name of fin experimentation and surfing experience explorations, I think having the ability to adjust your fins in the water is super valuable – instant feedback and testing.

I found a direct supplier for the thumb screws and ordered a bunch. I’ll be shipping all Wave Arcade single fins with a thumb screw for you to test out new fin positions yourself. Enjoy!